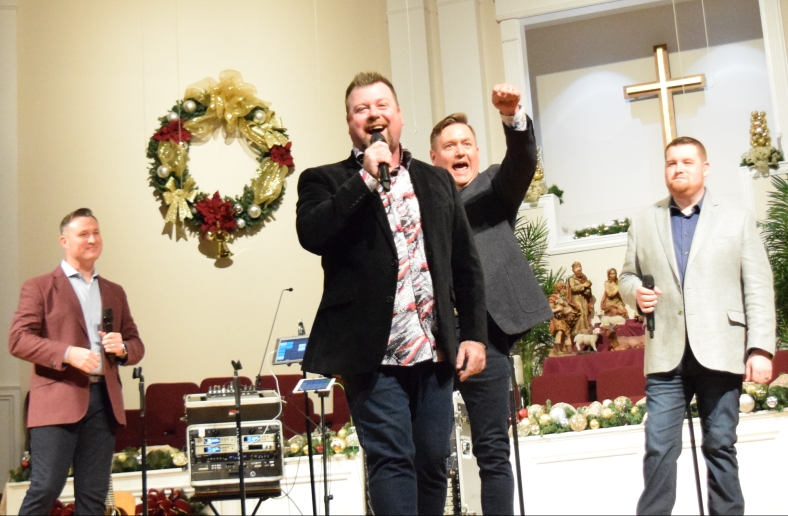 Steve Ladd is all smiles as he sings with The Old Paths Quartet at Sand Spring Baptist Church on Dec. 31.

When we last talked with Steve Ladd, he was taking a definitive step in his career path. It was back on Dec. 31, 2018, following what had become somewhat of a traditional solo concert at Sand Spring Baptist Church, near Lawrenceburg, Ky. He’d appeared at Sand Spring several times for the church’s New Year’s Eve celebration of bringing in the new year with gospel music.

In 2018, Ladd had shared the stage with Jim and Melissa Brady, but that night marked a major shift for Ladd. After 10 years as a traveling soloist, Ladd was shifting to full-time travel with The Old Paths quartet.

We caught up with Ladd again on New Year’s Eve for the same event a year later.

Ironically, Sand Spring had already scheduled The Old Paths as part of the 2019 celebration meaning Ladd was back at a church where he’d become a popular guest. Old Paths and The Coffmans, of nearby Danville, Ky., delivered more than three hours of high-octane gospel music. 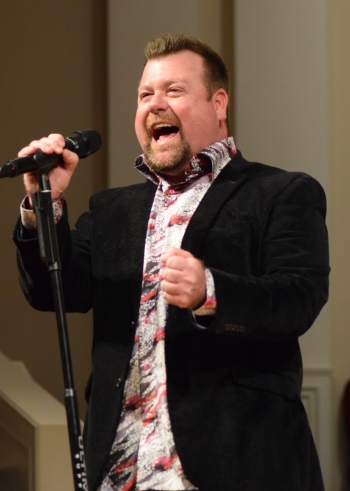 We talked with Ladd for a few minutes after the concert, talking about the major changes in his life and what lies ahead.

He’s happy. It was evident while he was on stage and he underscored that in our brief interview.

Ladd, who had previously sung with The Anchormen and Gold City, had actually joined The Old Paths in 2017, but at the time, the group’s touring schedule had been very limited. “We did five or six concerts (in 2017), and in 2018, we did about 15 concerts.,” he said, “but this year, since January, it’s been full-time every weekend.”

Ladd has limited his solo work to a handful of performances. “I had three solo concerts (in 2019),” he says. “I only do it if it is in the week, say if it is a Wednesday or we rarely sing on Thursday as a group, so it has to be a Wednesday or Thursday. I did have a church that wanted me to sing for their revival, on a Tuesday, to sing some specials.

“I only take it if it comes in. I don’t pursue it anymore because my focus is on this right now.”

“This” is singing tenor with a group that has had multiple No. 1 hits and left the crowd at Sand Spring smiling, perhaps because of its enthusiasm for sharing the gospel. Or it could have been from the humor of Doug Roark, one of the group’s founders. 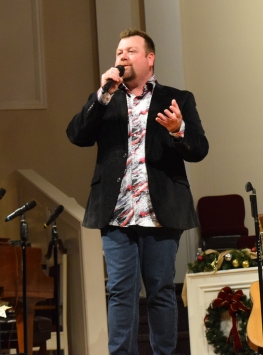 The change has been good for Steve Ladd.

“It has, because I don’t have to do all the work,” he says with a chuckle. “I don’t have to do every note that’s featured. If I am sick, I have three other guys I can lean on. I can cut a song that’s mine and they can add one. It’s been better in that sense.”

And Ladd has been onstage with the ever-positive Roark, who often shares his testimonies about God’s goodness and blessings.

“Sometimes people think that’s all a show but it’s not,” Ladd says. “It’s just him. It’s how he is. He’s like that on the bus. He would give you the shirt off his back if he saw someone who needed it. He’s genuinely a great guy.

Ladd says being with Roark, Tim Rackley and Daniel Ashmore has other benefits.

“You don’t have to do all the driving by yourself. I did 10 years of solo after being in groups my whole career. That gets lonely. That is what I missed about Gold City, the camaraderie and the friendships and that laughing and joking on the bus. This makes that a lot better.” 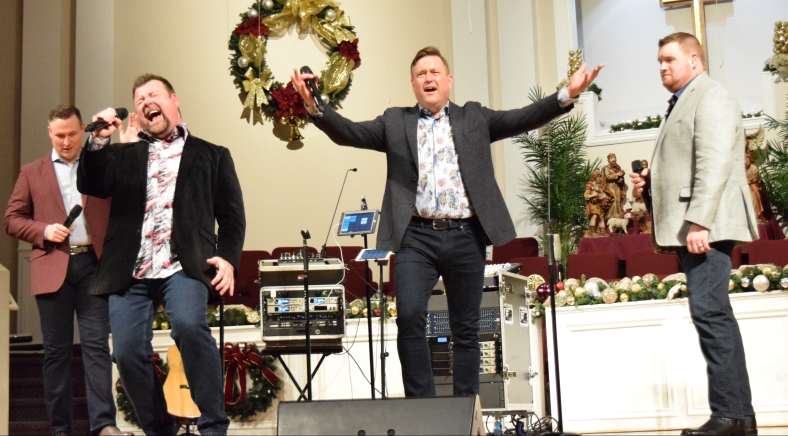 Steve Ladd solos as Doug Roark coaxes the crowd for a response. At far left is Tim Rackley and and right is Daniel Ashmore.

But being with a popular group means there is a tradeoff.  “It’s been a lot more travel,” Ladd says. “I was usually just out on Sunday as a soloist. I might have been gone on Saturday, then Sunday and maybe Monday.”

The Old Paths had toured nationwide and had actually performed overseas before Ladd joined the group. In 2019, a majority of concerts were in the southeastern United States but the group did get to Texas for a while. “We have plans to get back to California and also for a Canada trip.”

Ladd’s first year back with a group full-time has been eventful. Not only has Old Paths performed 225 concerts, Ladd became a grandfather last March. His smile is all one needs to know about his granddaughter’s influence.

Steve Ladd entered 2019 with some uncertainty but the last 365 days have been more than a blessing.

“My life is going good,” he says. “It has its ups and downs and it’s not perfect in any sense, but I am in a good spot right now.”

Steve Ladd manned a guitar as The Old Paths and The Coffmans joined forces on “Through It All.”

One thought on “Life is good for Steve Ladd”