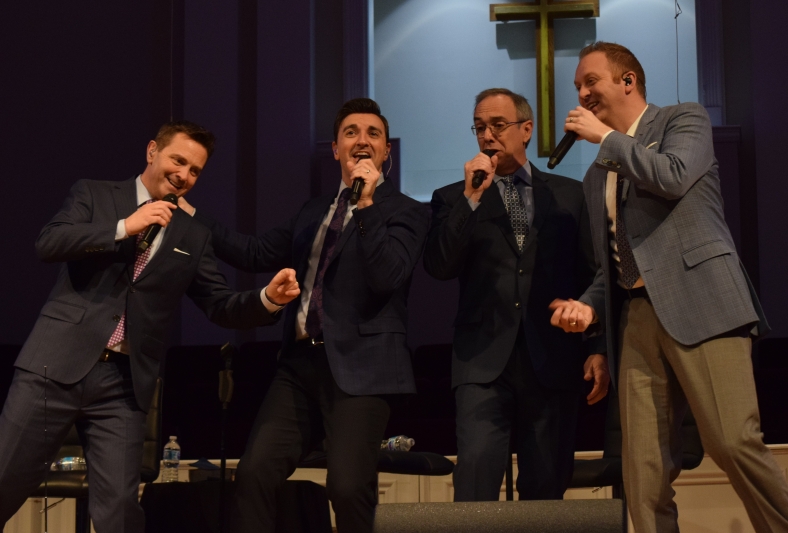 The Legacy Five, from left, Scott Fowler, Josh Feemster, Scott Howard and Matt Fouch, get together in singing “When the Saints Go Marching In” at Sand Spring Baptist Church on Jan. 24.

Legacy Five gives a night of tradition and patriotism

LAWRENCEBURG, Ky. — Rooted in one of the greatest traditions in gospel music, The Legacy Five has embarked on a 2019 schedule that will see the group pay tribute to history, yet do so embracing the changes of the times.

I was fortunate to talk with Scott Fowler, one of the quartet’s founding members, after a concert at Sand Spring Baptist Church on Jan. 24. It was a performance that drew a good crowd on a bitterly cold night and prompted several extended standing ovations.

Fowler was excited to talk about the group’s plans for the coming year. “We are getting ready to release our first video in about five or six years,” he said, noting that 21-year-old pianist Josh Townsend will be prominently featured. “A couple of things people have been asking for are J.T.’s testimony, which you heard tonight, and the song that he sings.” 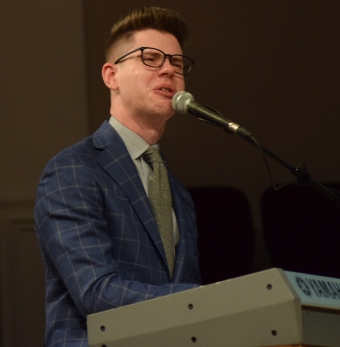 Townsend, who has overcome two childhood tumors and a massive stroke while being carried in his mother’s womb, shared his testimony with a mesmerized audience before singing the tear-filled “God’s Been Good,” a bonus track from the “Faith and Freedom” album released in late 2017.

“People ask a lot if we’ve got the patriotic segment we did tonight on video,” Fowler continued. “That’s going to be on the video with ‘I Made it to Arlington” along with the ‘Tribute to the Troops” we do. Those are two big items that will be on the DVD. It will be called, ‘Live in Peoria.’

“It will come out around the first of March, maybe the 15th. Then we are working on a new studio album. We don’t have it titled yet, but it will have 10 brand new songs on it. That will be coming in the late spring or early summer.”

Fowler said The Legacy Five will be on a normal tour schedule of about 135 concerts, too.

The Sand Spring concert was heavy on songs from “Faith and Freedom,” including “God Bless the USA,” “Hallelujah Chorus” and a rousing version of “When the Saints Go Marching In” as the finale. 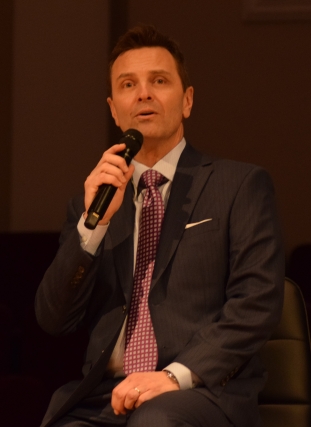 Legacy Five founding member Scott Fowler sings “Through it All” during the concert at Sand Spring Baptist Church.

Fowler explained the reasoning behind the album. “I have always been very patriotic personally,” he said. “I have always had a deep sense of gratitude. I have been to El Salvador. I have been to the Dominican Republic. I have been to the nation of Colombia. They are great places with great people, but the kids there will never have the opportunities of kids in America because of where they were born. I realize that the only difference between my kids ant those kids in other countries was where they were born. There is no other difference.

“They may speak a different language and their skin might be a different color but God doesn’t love them any less than he loves my kids. I am very grateful that my kids were allowed to be born in America.

“Then you have the political climate. The culture got there for a while there that people were apologizing for America and not standing for the Anthem, just not being respectful. I wanted people to know where Legacy Five stood on those issues, so that is what we did.”

The group took time to recognize veterans from all branches of the service. “Veterans deserve everything our government will give them and more,” Fowler said. 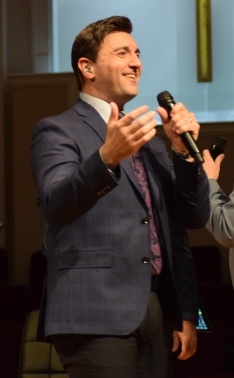 Fowler is one of the veterans of gospel music, singing with the Cathedrals for 10 years before legends George Younce and Glen Payne retired the group. Fowler and Cathedrals pianist Roger Bennett formed Legacy Five to begin touring in January of 2000. Bennett died in 2007, but the group continues as one of gospel music’s most popular.

Part of Legacy Five’s appeal has been its ability to adapt to a changing world. “The actual style has changed. It always gets a little more progressive,” Fowler said, noting the same thing happens in other styles of music.

“The biggest change is technologically. You know with all the social media, now your music is available online and on YouTube. You can stream it. Nobody knew what those terms were 20 years ago.”

When Fowler talked about CD’s and other merchandise available at the product table, he noted the group had a USB-drive loaded with several albums available.

It’s why Legacy Five remains near the top of gospel music. 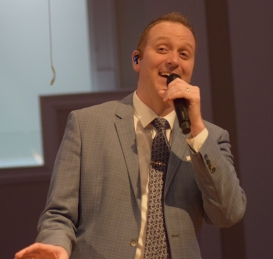 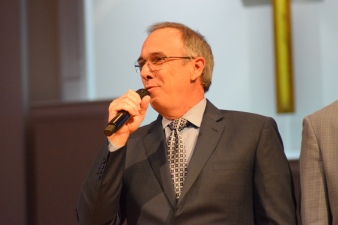 Baritone Scott Howard, who has been with Legacy Five from the beginning. 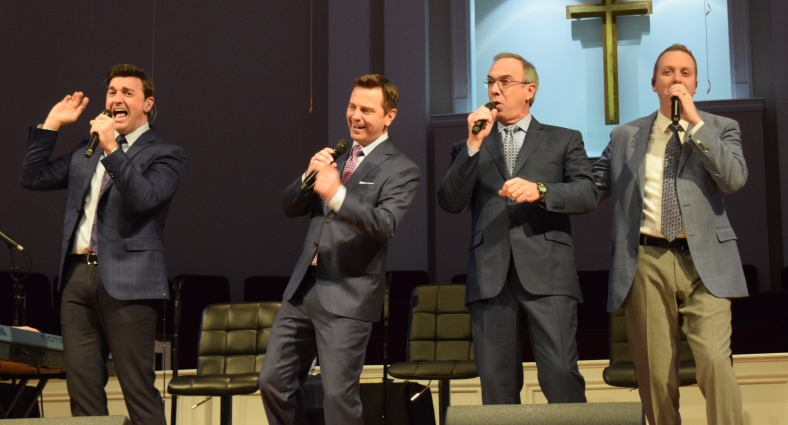