If anything, Victory Road’s concert at Taylorsville’s First Baptist Church is just another revolution of a circle that keeps turning.

“I met David (Jones, the group’s tenor) back in 1981 at First Baptist,” says David Stevens, the group’s lead singer and rhythm guitarist. “That was kind of the beginning of our quartet.”

Stevens and Jones, who still work together in a Taylorsville grocery store, started singing at church as part of what Stevens calls “a pickup quartet,” then became The Gloryland Quartet. “We started going to a few churches in the area and things just took off,” Stevens says.

There have been a few changes over 38 years but things keep getting better for what started out as guys singing together at church.

Lead singer David Stevens, left, and tenor David Jones have been singing together since 1981.

Seven years ago, the group became Victory Road and is now one of the most popular Southern Gospel groups in central Kentucky. Victory Road stays busy — over 40 dates last year and over 50 in 2017 — playing largely in the areas served by Louisville and Lexington, but the group has had dates in other areas of Kentucky and often plays in southern Indiana. Several years ago, the group even made a concert trip to Virginia.

But on Sunday night, Feb. 24, the group will be back home, hosting a concert that was originally set for Jan. 20 before a winter storm had other ideas. The Hilltop Trio, from Lawrenceburg, will also be singing in the concert.

“We are looking forward to it,” says Stevens, who noted the group plays at his home church often and leads worship there several times a year. Stevens, Jones and pianist Tim Edwards are members of the church while other members of Victory Road worship in other churches in Spencer, Shelby or Anderson counties of Kentucky.

But the scope of the group’s ministry is broad. In addition to the many church appearances, the group is sometimes asked to sing on “Great Day Live,” a morning news and talk show that airs on WHAS-TV in Louisville. Stevens says the group has also appeared on radio programs.

And the musical offerings are more diverse than the southern gospel label would suggest. Victory Road performs anything from old hymns to gospel classics — think the Blackwood Brothers, The Cathedrals or The Happy Goodmans — to Glen Campbell’s “Try a Little Kindness.”

Victory Road has recorded two albums, “Sweeter As the Days Go By” and the latest, simply called “Victory Road.” The second album was produced by Jaydee Miller, who has toured with Kenny Rogers and the Gaither Homecomings.

Over the years, Victory Road has had relatively little turnover, but has expanded from a quartet with a pianist to a full band that includes a bass guitar and drums. Stevens, on rhythm, and baritone Larry Dennison, on the lead guitar, add to the instrumental sound.

Bassist Carroll Ingram and drummer Freddie Sharp round out the group. All of the group’s members are gospel music veterans.

“It’s been amazing how the Lord has brought people to us when we needed them,” Stevens smiles.

He offers the addition of bass Jerry Franklin, a well-known gospel veteran throughout Kentucky, as an example. Victory Road had been without a bass singer for about a year and the remaining members were performing as a trio.

Stevens took a chance and called Franklin, who had not been with a group for several years. Stevens had no idea if Franklin would be interested, but he says, “Jerry said, ‘That’s an itch I have had that hasn’t been scratched for a while.”

Bass Jerry Franklin has been singing gospel around Kentucky for almost 50 years. He has two solo CDs.

Stevens can only smile with the story. He says Franklin, whose smooth, deep tones make him popular wherever the group goes.

Victory Road stays busy, singing somewhere nearly every weekend. The group sees the ministry as its calling. Any money received for the ministry is just a blessing, Stevens says. “Everyone we have is working full-time so we don’t care about that part of it. The Lord has blessed us in so many ways.”

On Feb. 24, as well as every time it steps to the microphones, Victory Road hopes to be a blessing to those attending the Taylorsville concert. Chances are the group will do just that. 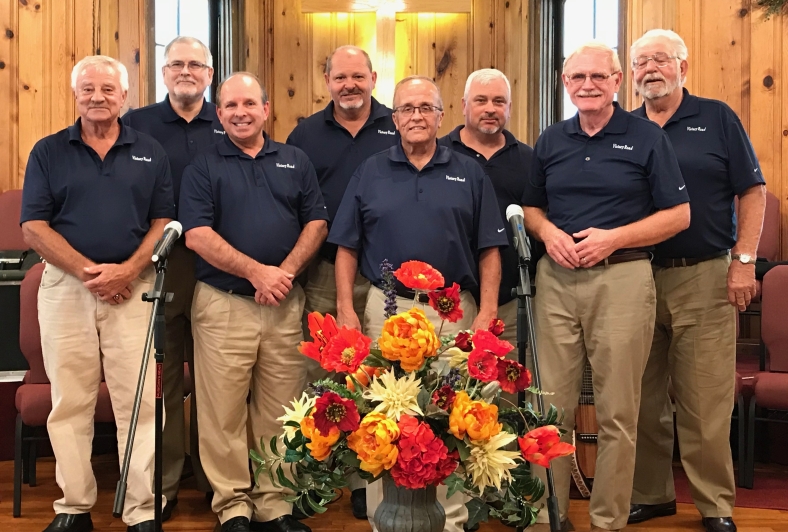 The Hilltop Trio, of Lawrenceburg, will be joining Victory Road in concert at Taylorsville’s First Baptist Church on Feb. 24.

The trio has been singing together since 2006 when they recorded a CD, “Praises from the Prayer Room” for the Relay for Life. Since that time, the trio has sung in Kentucky, West Virginia, Ohio and Tennessee, according to group member Leigh Lilly.

The group, consisting of Lilly, Kaye Etherington and Angie Woods, has released other albums, including “Renewed Praises from the Prayer Room” and “A Hilltop Christmas.” Lilly says the group only seeks to bring honor and glory to God through music.

The Taylorsville concert will reunite the group with First Baptist pastor Chance McConnell, who was on the staff at Lawrenceburg’s Alton Baptist Church when the trio came together while members of the congregation. “We loved Chance and Brittney and are very excited they are back close to the area with their sweet new addition, Layli,” Lilly said. 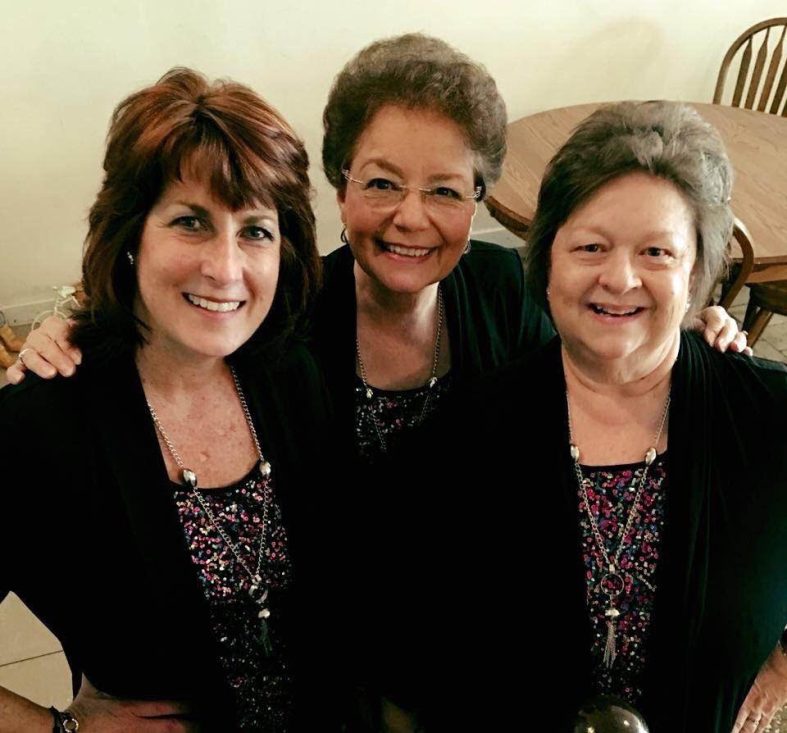 The Hilltop Trio will be part of a Southern Gospel concert at Taylorsville’s First Baptist Church on Feb. 24. They are, from left, Leigh Lilly, Kaye Etherington and Angie Woods.

Victory Road will host a concert with Hilltop Trio on Feb. 24 at Taylorsville’s First Baptist Church.